When Cindy McCaffery’s husband began struggling at work, she knew something was off.

“For a couple of months he’d been having trouble,” she says of her husband John, who worked as an estate administrator at a national bank. “He was incredibly computer-savvy, so it was strange when he said he failed the software training.”

Together the couple began a long and arduous medical journey to find what was wrong. After dozens of tests, months of specialist appointments, and a misdiagnosis, they were finally given an answer. John had young onset dementia. He was 48. 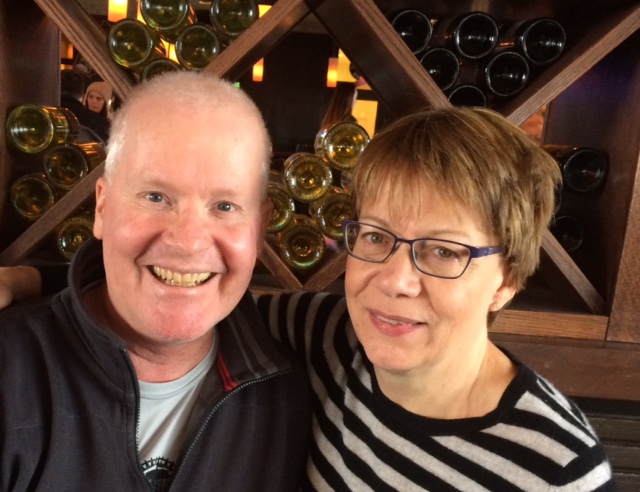 Young onset dementia accounts for up to 8% of all dementia cases, and 16,000 Canadians under 65 live with the condition.[1] Though less common, young onset comes with a unique set of challenges. Those affected are usually in their 40s or 50s, meaning their family life, careers, and financial status are heavily affected.

John had no choice but to leave his job, and Cindy, who had been a stay-at-home parent, began working to support the family. They downsized. And Cindy and John grappled to explain the diagnosis to their two children, 17 and 12 at the time.

On top of all this, there were virtually no age-appropriate programs available for John, who remained highly functioning and physically active. “My greatest fear was seeing him propped up in a wheelchair, all drugged up with a blue bib on, lined up against the wall watching The Young and the Restless,” says Cindy. “Nursing homes just don’t cater to people with young onset.”

Cindy was determined to do better—for John and for other families like theirs. She and her partner Myrla Bulman co-founded YouQuest, a community service designed to fill the gap for those living with young onset dementia in the Calgary area. The pilot program launched in September 2018, supported by the Baycrest-led Centre for Aging + Brain Health Innovation (CABHI).

Based at Calgary’s SAIT Recreation Wellness Centre, YouQuest currently operates one day a week and is tailored to young onset dementia needs. 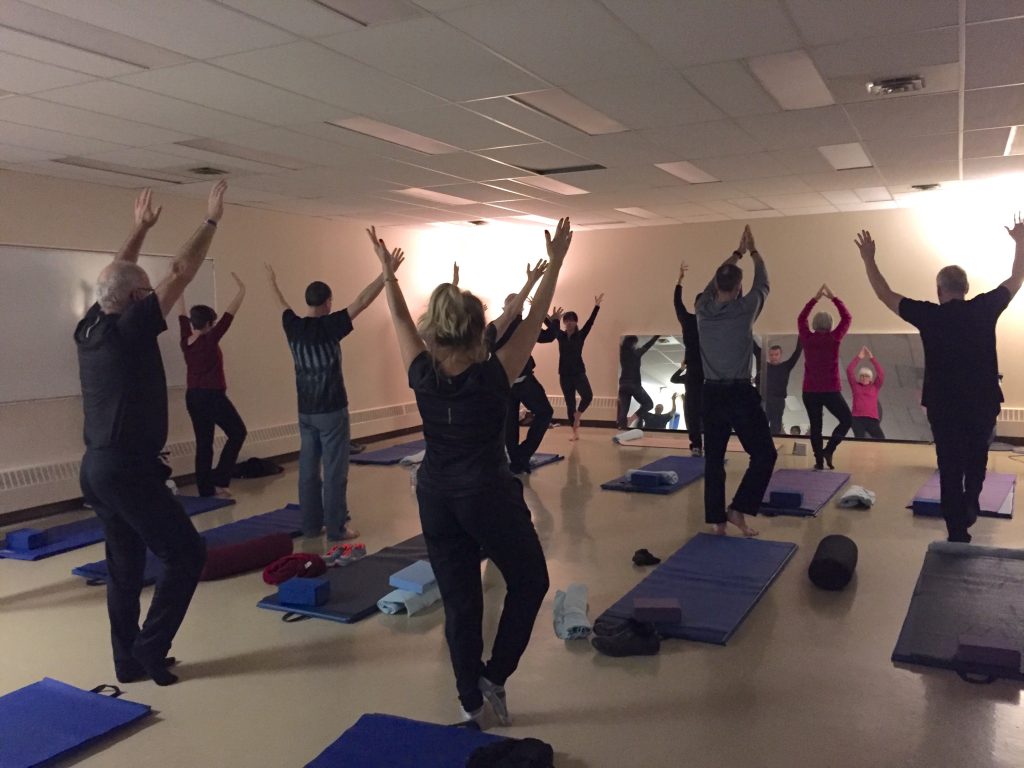 Activities include morning coffee chats, physical exercise, music sessions, and group outings exploring the city. The service is purposefully designed to promote independence, says YouQuest recreation therapist Bev Hillman. Participants are always given a choice, whether about what exercise activity they’ll join or what they’ll eat that day, and their feedback gets incorporated into the program.

“A lot of times they just get spoken for,” Bev says. “So, as opposed to telling them what to do, we’re inviting them and asking them what they want to do.”

There are 10 pilot participants, ranging in age from early 50s to 64. The majority have families and pre-diagnosis led high-level professional careers.

Kevin Lacharity is one of them. Diagnosed at the age of 55, he was forced to quit his three decades-long career in the Canadian oil and gas industry. Without YouQuest, he says, he’d be worried about declining at home with nothing to stimulate him.

“YouQuest really helps me with my dementia. It helps keeps my mind active and also keep physically active with exercise,” he says. “It’s very valuable. If I missed a Thursday at YouQuest, I would really miss it.”

The service gives family caregivers—who often suffer from burnout—a day of respite. “My wife, who is my caregiver, gets a break while I’m here for the whole day,” Lacharity says.

By helping its participants live in the community, YouQuest prevents the risk of those living with young onset dementia entering long-term care prematurely. “Right now, families can fall into a hole after diagnosis,” says co-founder Myrla Bulman. “Many have good reason to be distrustful of the system. We’re trying to be a positive and practical community resource.” 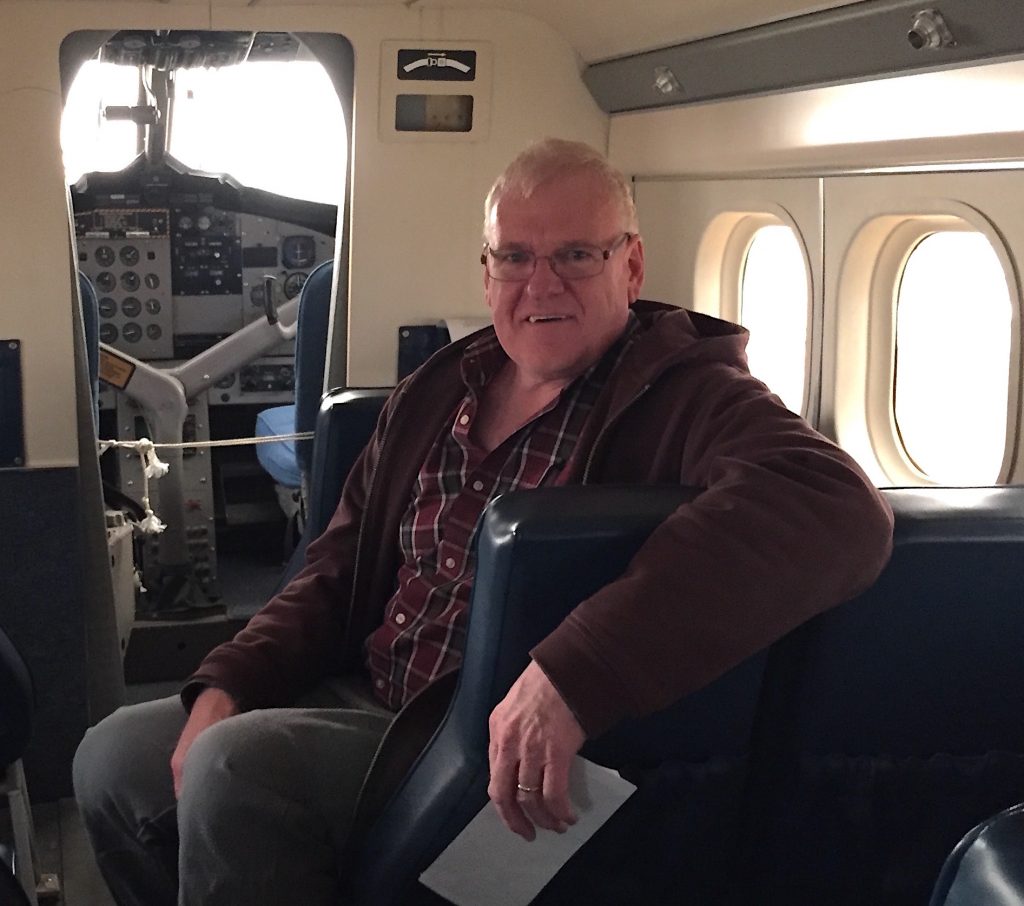 The service is supported by CABHI’s Spark Program for early-stage innovations. YouQuest was only on the precipice of launching before the CABHI funding was secured, Myrla says, but CABHI support became “the absolute catalyst to get this out of the gate.” Since then, YouQuest has been awarded two grants from Alberta Culture and Tourism.

The cofounders hope to expand the service to two or three days in the coming year, as well as increase the number of participants after the pilot evaluation. In the future they’d also like to offer more services for partners and children of those living with young onset dementia.

In the meantime, Cindy and Myrla focus on the vibrant YouQuest community of participants—John included—families, staff and volunteers that’s grown close in just a few months.

It’s been 12 years since John’s diagnosis. The McCafferys know that whatever obstacles come their way, they’ll have a support system beside them the whole way through.