Diane (interviewed) and Bob stand near his art work, pictured to their right.

The day Diane found out her spouse was diagnosed with dementia is one she will never forget. “The first time you hear your husband has dementia you’re shocked, surprised, disillusioned,” she adds.

It’s been less than a year since the couple received the news. Around the same time of the diagnosis, the duo was also in the midst of moving from Montreal to Toronto. A new city comes with inevitable change: change in supports, change in social circles and change in healthcare providers. Understandably, Diane felt quite overwhelmed. Thankfully, her new family doctor in Toronto connected her with a social worker, who in turn linked the couple to Road to Connection.

A new road to explore Road to Connection isn’t your typical dementia support group. For starters, it caters to both caregivers and their spouses experiencing dementia. Running for 10 weeks, the Centre for Aging + Brain Health Innovation (CABHI)-supported program, led by Baycrest, features a specialized art class for seniors dealing with dementia and a support group for their spouses. “Coming here and listening to the group, they shared their experiences and made me feel like I was not alone,” says Diane.

The two groups run simultaneously for about an hour. After that, they converge so the couples have a chance to collaborate and see the art their spouses have created with the guidance of artist Sarah Teitel.

The unique program is the brainchild of social workers and artists at Baycrest, including Arlene Consky, Renee Climans and Melissa Tafler. “What we looked at doing was to bring three proven, existing models together: the caregiver support model; the idea of arts-based programming for people with dementia; and then tying that with a proven memory intervention,” shares Renee.

The memory intervention, implemented with the help of neuropsychologists Dr. Kelly Murphy and Dr. Gillian Rowe, is a key component of the program. Participants are often given assignments (such as bringing in a favourite photo or song) to promote storytelling and facilitate memory strategies. Melissa Tafler (left) and Sarah Teitel guided the artists throughout the program.

Bringing out the artist’s personality

So where does art come into this? In addition to being an outlet for creativity, art is also another form of communication and can aid with memory. Diane has seen first-hand the program’s impact on her husband. She’s in awe by art’s ability to assist memory, pointing to a particular morning in the group when her husband presented her with a drawing of a gondola. “We were in Venice one time and the gondolas – he drew that. It was amazing that he remembered. But more importantly, our children and grandchildren were there at the time. So he made that connection.”

She also pointed out that her husband is an engineer and his training is reflected in his artwork. “It’s very precise,” she shares, pointing to the lines in one of his drawings. “He’s not speaking very much at the moment, but he thinks in a very deliberate way – it’s always been like this. And his art does show it.”

Thanks to the group, Diane now feels like she has a support network in Toronto. She hopes more couples will be able to take part in Road to Connection. “When we came from Montreal, we were completely lacking resources,” she admits. “Now, in addition to having a support network, we know where to go and who to approach. This program has been tremendous – truly an asset to the community.”

Renee says CABHI’s support has been instrumental in taking the project to the next level. “It’s given us the extra support to dedicate our hours and our time to help move this idea forward,” she says, adding that the plan is to evaluate the groups at the end and create a training manual so that other communities can replicate it. Without CABHI’s financial support, this would not be possible. Anna Berall and Dr. Adriana Shnall have also contributed to the evaluation of the program.

The team held an art exhibit on Wednesday, Sept. 6 to showcase the original work created by Road to Connection members – many of who were in attendance. The pride was visible at the event held at Baycrest’s Kalifer Family Space, where each painting showcased the unique personality of its creator.

“This is a unique opportunity to have people celebrate themselves as artists – not people with dementia,” says Melissa Tafler, coordinator for the arts and health program at Baycrest. “To have their work showcased professionally. To see what they’ve developed, what they’ve created. This is an opportunity to celebrate people and recognize the different sides of their identity. To see that even at this stage in life, they can recognize themselves as artists.”

Click through the gallery to see some of the beautiful work these artists have crafted! 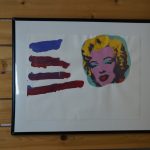 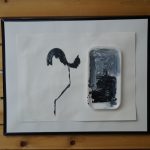 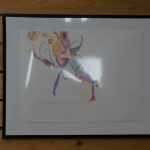 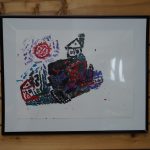 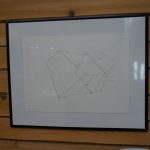