Canadian startup, Cosm Medical, is leveraging new technology to help improve the lives of women living with Pelvic Floor Disorders (PFDs) – a group of conditions that occur through the weakening of the pelvic floor and that often advances with age. 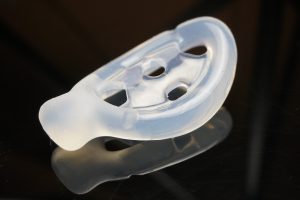 To accomplish this goal, they’re reengineering the pessary, an intra-vaginal device traditionally used to reinforce the pelvic floor and manage symptoms of PFDs. With their novel technique, which combines ultrasound, artificial intelligence (AI), and 3D printing, Cosm is developing Gynethotics™, the world’s first custom-made gynecological prosthetic.

PFDs occur when the pelvic muscles and connective tissues are weakened or injured.  Symptoms vary with each case, but can sometimes include backaches, sexual dysfunction, and incontinence – a condition which is especially common among people living with dementia. Cosm’s Gynethotics are designed to reduce these symptoms in women by providing a personalized approach to pelvic care.

“Our Gynethotics are made-to-measure because every woman is different,” explains Derek Sham, Founder & CEO of Cosm Medical. Sham was first inspired to start the company after watching his grandmother live with a PFD. “We’ve developed this technique to personalize care for women suffering from a largely common, growing, and underserved global health issue.”

The Unlikely Science Behind it All

Sham admits that digital urogynecology, the science behind Cosm’s solution, is an underdog in the growing fem-tech field, as well as the larger healthcare ecosystem. The subspecialty, which focuses solely on the female pelvic floor, was only approved by the American Board of Medical Specialties in 2011.[i] 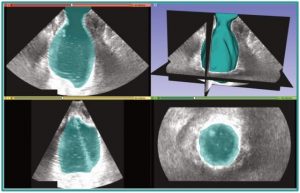 Despite being a new science, Cosm is leveraging urogynecology to shift the way PFDs are diagnosed and treated. Until now, the only options available were pessaries (a treatment method dating back to 1,800 B.C.), surgeries, and kegel exercises. But as Sham points out, these solutions do not provide adequate relief for many women and can even prove harmful[ii].

Pessaries are one of the most popular methods used to treat PFDs. However, clinicians today are still forced to use guess-work to determine the best sized pessary for their patients. This often leads to pessaries being uncomfortable and ineffective in preventing prolapse and incontinence.

With digital urogynecology, Cosm is taking the guess-work out of the equation. Their novel ultrasound technique allows them to take precise measurements of the pelvic floor. The data is then interpreted by a cloud-based AI platform in order to recommend a custom Gynethotic made to the specifications of a patient’s body.

It’s a revolutionary idea whose time has come. However, getting others to see that hasn’t always been easy.

In a world where healthcare solutions for men dominate the market, Sham compares the early days of his startup experience to “swimming against the tide.”

“Men have more options for PFDs and prostate issues, while culturally women just deal with it as a ‘normal’ part of aging,” explains Sham. “The fact that adult diaper sales surpassed baby diaper sales in North America in 2020 proves that this is an underserved issue.” 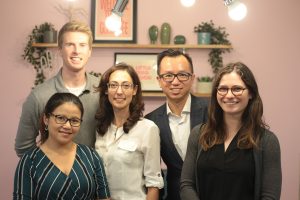 As the number of women needing treatment for PFDs increases (right now, half of all women over 80 live with the condition), the Canadian startup is focused on securing the right partnerships and investments to help amplify their impact. That’s why they applied to the Centre for Aging + Brain Health’s Innovation (CABHI) MC² Market Readiness program, presented in partnership with the National Bank.

As participants in the program, Cosm receives direct access to the Silicon Valley ecosystem through Berkeley SkyDeck’s highly competitive Global Innovation Partnership (GIP) program, and an investment of up to $150,000 CAD from CABHI towards achieving a key business milestone.

MC² Market Readiness will help Cosm attract more investments in the fem-tech market and advance the next stage of their technology, which involves research and development, clinical studies, and working with regulators to close the gap between their technology and those who need it the most.

With the network and support provided through CABHI’s MC² program, Cosm is well on its way to modernizing the senior care sector and helping women age with dignity – the way they should.