Home » Aging » Aging Out: How one CABHI project is improving the culture of long-term care for LGBTQ seniors

Picture this: you’re a personal support worker at a long-term care home. One of the residents, an elderly man with dementia, begins to show romantic affection for his male roommate, who is married to a woman. It dawns on you the resident has been closeted until now—but his actions are making both the roommate and his wife uncomfortable. What do you do?

That’s the type of scenario Rabbi Sara Paasche-Orlow might use in a training session. The director of spiritual care at Hebrew SeniorLife in Boston, Massachusetts, Paasche-Orlow spearheads an initiative called Aging Out, which focuses on disseminating best practices in LGBTQ aging, health, and dementia care.

Through specialized training for point-of-care, spiritual care, and other staff, the project aims to change the culture of care in long-term care settings to make sure LGBTQ seniors, especially those living with dementia, are supported appropriately.

With funding from the Baycrest-led Centre for Aging + Brain Health Innovation (CABHI), Paasche-Orlow is bringing that expertise to Baycrest and other long-term care facilities.

“As people with dementia are no longer able to control how they present in the world, they suddenly become much more vulnerable,” Paasche-Orlow says. “It’s across the board no matter who you are, but particularly for LGBTQ seniors because of social stigma.” 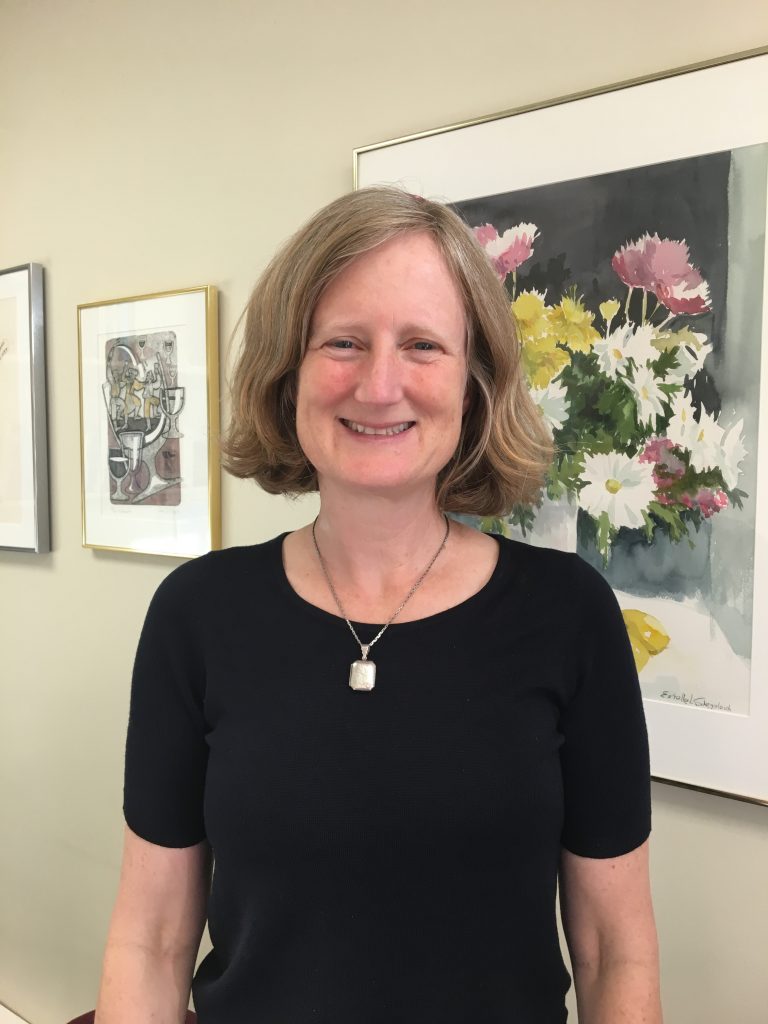 For example, LGBTQ seniors who have been closeted their entire lives might only come out or express the desire to transition once dementia sets in—and they’ll likely need vital emotional support when they do.

LGBTQ individuals are also more susceptible to discrimination in the care they receive because of cultural or religious beliefs held by frontline staff. The bias can be unintentional, says Paasche-Orlow, but still prevalent.

“There’s a really strong argument to say this kind of support is an imperative right now in terms of equal access to healthcare for LGBTQ individuals,” she says.

Spreading the conversation, with a dementia lens

The Aging Out collaboration with Baycrest began in early 2018 with training sessions for spiritual care staff about safety, sensitivity, confidentiality, and other issues specific to LGBTQ individuals with dementia. Similar educational workshops will be held for other staff, including point-of-care workers and management.

“I hope that seniors here at Baycrest will feel safe and able to freely express themselves in the completeness of their identity, which includes their gender identity,” says Rabbi Geoffrey Haber, director of spiritual care at Baycrest. He is also hopeful the initiative encourages LGBTQ staff to feel safe and welcomed.

The project team is also developing an e-learning module, which will help disseminate the Aging Out education model to even more Baycrest staff as well as other long-term care facilities.

Paasche-Orlow says the virtual education component will be practically implemented by reviewing current practices alongside Baycrest staff with fresh eyes, to ensure a safe and welcoming space for LGBTQ residents.

“My hope is that through this process, we open some new ideas and frontiers that spread the conversation more widely,” she says.

Aging Out is supported by CABHI’s Spark Program, which funds the development and testing of promising early-stage innovations in seniors’ care by point-of-care staff. In addition to financial backing, CABHI offers innovators acceleration services like business development and knowledge mobilization support.

“I really appreciate the dialogue and discourse with CABHI. When you have a strong thought partner, it moves your own thinking ahead,” Passche-Orlow says. “CABHI motivated us to look more critically and intentionally at dementia care in this area.”

She’s looking forward to seeing the positive impact the project will have at both an institutional and individual level.